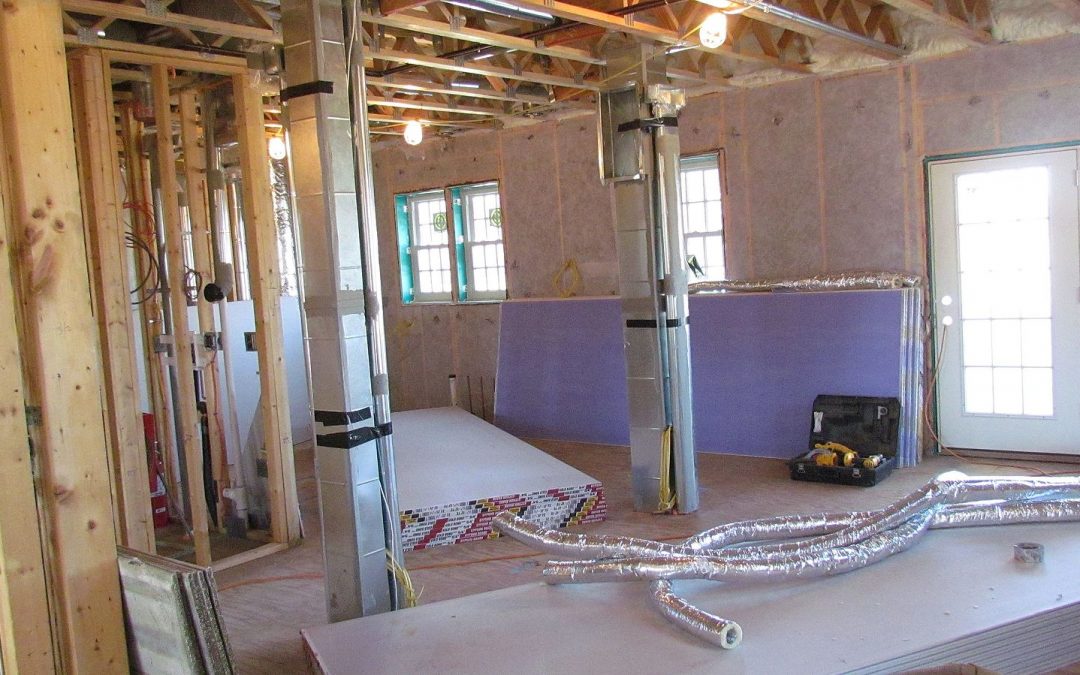 Condensation (water droplets) around the ductwork of your HVAC system is a sign that excessive moisture in your home is not being properly evacuated. In South Carolina, ducts can be found in the the attics and walls of homes on slabs, and even underneath homes that are raised for a crawl space. You may see some of the ductwork near your air handler in a place like a garage, but for the most part, ducts are hidden. Since most homeowners aren’t regularly crawling in the attic and checking ducts, moisture and insulation problems are usually manifested in other ways.

Signs of Condensation and Moisture on HVAC Ducts

There are a number of ways you may come to learn that condensation is collecting around your HVAC ductwork.

Water drops and puddles around vents: Un-evaporated moisture condenses to water droplets that may collect around vents or drip to form puddles below ceiling vents.

Wet Walls or Ceilings: Excessive moisture may also drip off ducts and collect in drywall. Your first sign of an HVAC moisture problem could be a water mark on a wall or ceiling.

Mold: In the right conditions, excessive condensation can prompt mold growth that you may see on walls, ceilings, and areas near ducts or vents.

Any of these signs should prompt you to either do a self-inspection of the ducts, or to call an HVAC professional.

Causes of Condensation on HVAC Ducts

Why is water collecting around my HVAC ducts in the first place? In order to solve the problem, you’ll need to find the source of the excess moisture. Here are some common causes of condensation around ductwork:

Attic Ventilation: Condensation forms when there’s a difference in temperature between the duct and the air around it. This is common in poorly ventilated areas like attics and crawl spaces. To keep these spaces from getting too hot, reduce indoor humidity and make sure that there is proper venting to the outdoors.

Bad Duct Seals: Bad seals or leaks in ducts causes the warmer temperature around the duct to mix with the cooler air in the duct. Not only will this result in less efficiency from your HVAC as it works harder to maintain a cooler indoor temperature, but it can also lead to condensation, which can drip from the bad seal.

Poor Duct Insulation: If your ductwork insulation is old and worn, exposed ductwork can be prone to condensation for the same reasons above, such as warm temperatures around the ducts meeting the cold ductwork. Duct insulation can be easily replaced.

If you see signs of water around your HVAC ducts, ignoring it may just compound what is generally an easy fix. In most cases, repairs are routine and fairly easy. They typically begin with repairing bad seals to replacing insulation. If left unchecked, dripping condensation can damage wood and drywall. It also creates an opportunity for indoor mold to grow, which can be bad for your family’s health.

Have a question about your HVAC system’s ducts? Call Cooper today.